As an important ally of Sun Zhengyi, and one of the few within SoftBank who dared to sing against Sun Zhengyi, Liu Jing's departure at this time inevitably makes people feel that it is a smashing drama under the divergence of ideas. 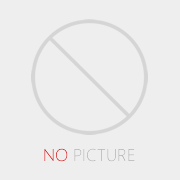 The future of retail? Sun Zhengyi believes that smart retail terminals will be the trend

Uniqlo boss crushed Sun Zhengyi, why is he the richest man in Japan?
2013 Japan's 50 Richest List: Uniqlo Yanai is No. 3 Sun Zhengyi (Figure)

What new tricks does Mao Geping have after domestic products support the "change of head"?

GUCCI creative director Alessandro Michele: I do n’t want to revolutionize anything, this is just my opinion